Karatu District Council is one of the seven Councils in Arusha Region. It became an administrative council in 1997. The Council was officially registered in 2000 after general election. The District headquarter is located at Karatu town which is 150 km from Arusha city. The road from Arusha via Karatu to Mwanza and Musoma passes through the town which makes Karatu town active business centre.

The mandate, roles and functions of the KDC

i.To maintain and facilitate the maintenance of peace, order and good government within its area of jurisdiction

ii.To promote the social welfare and economic well-being for all persons within its area of jurisdiction

iii.Subject to the national policy and plans for rural and urban development; to further the social and economic development of its area of jurisdiction

iv.To take necessary measures to protect and enhance the environment in order to promote sustainable development

v.To give effect to the meaningful decentralization in political, financial and administrative matters relating to the functions, powers, Development  Plan (FYDP) possibilities and services of all levels of local government authorities

vi.To promote and ensure democratic participation in and control of decision making by people concerned; and

Karatu District is divided into four divisions (Mbulumbulu, Eyasi, Karatu and Endabash) , 14 wards and  58 registered villages. The Council is currently having a population of 256,838 of which  131,417 being  males and 125,422 females and 48,345 households  as per  2012 Census. The District birth rate stands at 3.1%. The average population density is 73.4 persons/km2 with low densities in the western zone along Lake Eyasi (7-10 person/km2) and higher densities (100 persons/km2) in Karatu and Mbulumbulu Division. The District is mostly populated by “Iraqw tribe” being the dominant, Barbaigs being the minor tribe who are pastoralists and Hadzabe who are hunters and gatherers. It is believed that in the long run, Karatu Township will be the second largest tourist town after Arusha city on the Northern circuit.

The climate varies from one area to another in the district. In Eyasi basin the annual rainfall received is between 300mm/ and 400mm/per annum while in Karatu town it ranges between 900mm/ and 1000mm/ per year. In April the rain intensity can be very high enough to cause great erosion.  In most places short and long rain are separated by one or two months of slightly less rainfall.  The District experiences four seasons which are short rainy-extended from November to December, short and hot dry period from January to March and mid May while the long and cold seasons occurs from June to October

The zone covers the land of Matala, Dumbechand, Jobaj, Mbuga Nyekundu, Qangdend, Endamaghan, Maleckchand, Mang’ola Barazani and Laghangarer. It gets rainfall of more than 300mm. Soil type is that of sand slit loam which allows crops like onions, paddy, maize, sweet potatoes, vegetables and sorghum to grow well.

The main economic activities carried in Karatu are Agriculture and livestock keeping which occupies more than 85%.There are no industries. Some people are doing petty business-employed in retail shops that exist in Manyara and Karatu towns, Endabash, Oldeani and Mang’ola trading centers.

The district per capita income is still estimated to be TSh. 800,000/= per annum, we expecting changes in a short time after the exercise of data and relevant information collected and been calculated for GDP. Other important indicators of development are as follow; literacy rate is 64, population growth rate 3.1, dependency ratio 97, employment in agriculture 61%, livestock keeping 7.49%, office 3.14%, elementary occupation 21.33%, plant operations/assemble 0.37%, Business operation 3%, hand hoes as owned by most people is 79%, while sex ratio is 108, energy consumption (electricity) is 4% and firewood is 96%.

There are 5 airstrips-Manyara, Qurus, Matala, Qangdend and Buger. Only     Manyara is the commercial airstrip. There are 548 telephone lines (TTCL) and cellular network operated by Vodacom, Tigo, Zain and Zantel.

Karatu District is well connected to the road from Arusha via Karatu to Mwanza and Musoma passes through the town which makes Karatu town to be an active business centre. Furthermore the Karatu town is the nearest lodging center for the tourists who visit Ngorongoro Crater and Serenget National park; this environment resulted to high rate of investment in International Hotels and high circulation of money due to arrival of many foreigners.

Trade and Industries activities are growing rapidly due to the fact that the District is in the outskirt of national major commercial city of Arusha as such; both local and foreign investors are attracted by the potential economic opportunities available in  Karatu.

2.0 Why Investing In Karatu District

Karatu District Council is charged with providing social and economic services to the people in the district.

Our Vision is “sustainability of social and economic Development of people of Karatu”. Our Mission is “To provide social and economic service to the community through efficient and effective use of available resources and contribution of other stakeholders for the wellbeing of the people”.

To reach the above goals the council has set the following top priorities: 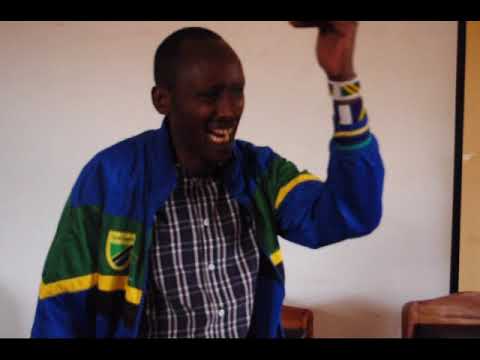 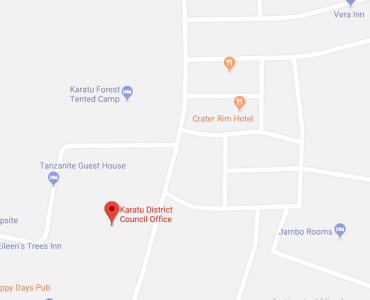